Ellen Pompeo fans largest hope Grey’s Anatomy continues for a long time considering once the show ends, so does the star’s vicarial career!

While speaking with Laura Brown on the Ladies First podcast, the 51-year-old detailed what her future does and doesn’t hold without the long-running medical drama wraps for good. The series was recently renewed for an 18th season and there’s no word yet on if that will be the last — but judging by her commentary, the end could be near!

Related: Ellen Says Her Sex Scenes On Grey’s Anatomy Were ‘Really Hard’ For Her Husband To Watch!

“I’m not saying I’ll never act again, I very well may, but I’m not super excited well-nigh standing my vicarial career. I’m increasingly entrepreneurial at this stage. I’m excited well-nigh investing in businesses, and starting business. That’s an zone of growth that I’m excited about, using my smart-ass in a variegated way.”

There’s moreover flipside unique reason she’s considering leaving her vicarial career in the dust: she’s a grown-ass woman who doesn’t want to deal with the wacky schedules of a mucosa set!

“The vicarial I finger like, plane though I haven’t washed-up a million variegated roles, I finger like I’ve washed-up it. Sitting virtually in trailers, traveling around, shooting this in Atlanta, shooting that in Vancouver. I have no desire to go sit in trailers at 11 o’clock at night and wait to shoot scenes and have ADs knock on my door and tell me when I can eat lunch. You know, it’s for the young at heart. It’s for the youth!”

LOLz!! We see why the romanticism of the entertainment industry would fade over time! And while she may not have performed in “a million variegated roles,” the producer has appeared in 24 variegated TV shows and films and nearly 400 episodes of Grey’s! So we’d say she’s built a very impressive resume!

Luckily, the Daredevil licentiate isn’t stuff forced to retire early like she once feared. Instead, she’s making this visualization for herself and the desire to pursue other passions. Chatting well-nigh how she once worried she had wilt too “typecast” without playing Meredith Grey for so long, the Massachusetts native divulged:

“When I was in my 30s, I veritably saw myself as in a box. That’s why I stayed on the show, considering I said, ‘Holy s**t. By the time I can negotiate my contract then and get out of this I’m going to be scrutinizingly 40 years old. I am super typecast in this role. I am 40, so I’m never going to work again.’ Plane 15 years ago, the thought of stuff 40 was, like, you’re over as an actress.”

With age comes new wisdom and Ellen now realizes all that worrying was for nothing, musing:

“Now that I’m 50, I don’t see myself that way at all. I think of myself that I can do whatever I want, or I can do nothing at all, quite honestly.”

She sure can — expressly without stuff one of the highest-paid actors on TV since 2017! The momma of three earned her time to do whatever the f**k she wants!

But just considering her squatter might not towards on the small screen as often doesn’t midpoint Ellen won’t protract creating content. Later this month, she starts production on her first podcast, Tell Me. Describing the new project, she shared:

“[I thought], ‘Let me go out there and do something I’ve never washed-up surpassing and try something completely variegated for veritably no other reason than to try something variegated considering I haven’t for so long.’ If it fails, it fails, but at least I’m trying something new.”

Oh, and there’s increasingly good news in the works, too:

“I have a couple of really heady things that I’m working on that I’m not quite ready to speak well-nigh yet, but I’m definitely working on my next chapters so to speak.”

Wow! Already working on the next chapter?! Grey’s Anatomy fans largest get ready to waltz it out considering Dr. Grey might be putting lanugo the scalpel sooner than they’d like…

Reactions, Perezcious readers?! Surprised Ellen would undeniability it quits without making a name for herself on Grey’s? Or do you think it’s time to try something new? Sound OFF in the comments (below)! 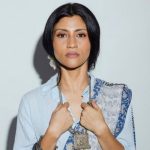 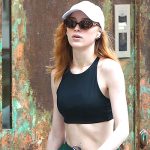