Well, these photos are certainly less, shall we say, provocative, than the first ones we saw confirming there was something going on between these two!

Rumors have been flying that Rita Ora and Taika Waititi were dating since when in April, but they were pretty darn well confirmed in late May when the couple — or should we say throuple? — were photographed in a three-way makeout session with none other than Taika’s Thor: Ragnarok star Tessa Thompson.

They all appeared very well-appointed together, but the fact we saw Tessa kissing a model the very same day was a pretty good indicator she was increasingly of a guest star in this romance.

However, the Black Widow singer and the What We Do In The Shadows creator have been spotted a couple increasingly times together since then. And now they’re red carpet official!

The couple are theoretically through keeping it low-key and ready to signify their presence as a power couple at the Monday night premiere of The Suicide Squad!

Waititi, who followed his revitalization of the Thor franchise with an Oscar win for the satirical dramedy Jojo Rabbit, has a small role in his fellow Marvel director James Gunn‘s new mucosa — but we can’t tell you what it is considering we have no idea! It’s theoretically a big secret!

But this is definitely a gal who looks proud of her man! Right??

What do YOU think of these two as a couple? You know, with no Tessa?? 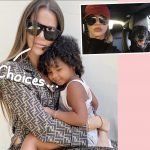