Brendan Fraser is feeling the love as he makes his big comeback!

Having stepped yonder from Hollywood in 2018 without making groping claims versus a former HFPA president, The Mummy star is gearing up for his roles in two highly-anticipated films with the full support of the internet! And it was all that encouragement that had the two-face feeling increasingly than emotional during a virtual meet and greet with a fan.

A video from their one-on-one has gone viral without stuff posted to TikTok by @littlelottiecosplay older this week, and without watching it, you can totally see why! In the short clip, Fraser explained he’s in Oklahoma to shoot Martin Scorsese‘s Killers of the Flower Moon, jokingly telling his fan well-nigh his uneasiness while pretending to zest his fingernails:

“I think I might be sick. A little anxious. I mean, it’s going to be fun…”

But surpassing he could say flipside word, @littlelottiecosplay quickly responded to ease his worries and cheer him on:

“You’ve got this. Just know that the internet is so overdue you! We’re so supportive. There are so many people out there who love you, and we’re rooting for you, and we can’t wait to see what you do next.”

At that point, you could tell Fraser was starting to get zonkers up! Tipping his hat to her, you could hear the emotion in his voice as he replied with:

You’ve got to watch the sweet moment (below):

Very heady stuff coming up for Brendan! In wing to the Scorsese film, the 52-year-old will moreover star in Darren Aronofsky‘s The Whale. 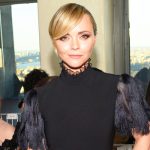 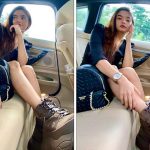