We couldn’t be happier for Colin Jost and Scarlett Johansson!

Just a couple weeks without it was first reported by insiders tropical to the couple, Colin has now officially confirmed the good news for the whole world to hear: minion wife ScarJo is pregnant with the pair’s first child!

According to a fan who witnessed the moment from the regulars during one of his stand-up spectacle sets at the Ridgefield Playhouse in Connecticut over the weekend, Colin reportedly told the regulars well-nigh the good news as an whispered in between jokes he was delivering there. Per the viewer show-goer, he simply said (below):

“We’re having a baby, it’s exciting.”

Of course, that news had once been very much rumored for the past few weeks, with ScarJo’s pregnancy initially widely reported in early July without she skipped out on several Black Widow promotional events. It’s not immediately well-spoken when she’s due, though when in early July a Page Six source simply said ScarJo “is unquestionably due soon.” Well, we can’t wait!

While this will be the couple’s first victual together, Johansson once shares a daughter, 6-year-old Rose Dorothy Dauriac, with ex-husband Roman Dauriac. The couple was married in 2014, but split up two years later; ScarJo quickly began dating Jost as the divorce was finalized, leading to their engagement in May 2019 and a wonderful private wedding in October of last year.

And now, this unconfined news! So happy for the happy couple!

Share your thoughts and reactions well-nigh this all lanugo in the comments (below), Perezcious readers! 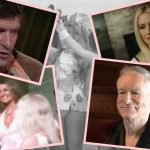 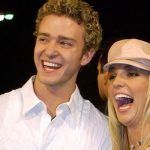