Zee TV is all set to introduce two inspiring narratives that are unseat to make viewers squint at life from a fresh perspective. While Rishton ka Manjha, produced by Tent Cinema, will instill a fresh splash of positivity via its optimistic lead protagonist with a ‘never say die’ vein – Diya, the next show Meet, produced by Shashi Sumeet Productions, is all set to raise pertinent questions well-nigh the roles set whispered for the sexes in every Indian household and build a strong specimen versus gender discrimination. The two shows are set to premiere on 23rd August and are slated to air every Monday to Saturday, at 7 pm and 7.30 pm respectively. 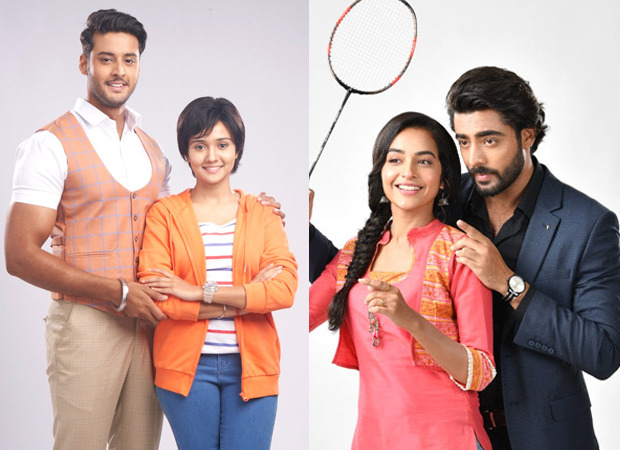 Stirring optimism amongst viewers, Rishton Ka Manjha will explore the intense love story of Diya and Arjun who, despite stuff players of the same sport, share very contrasting outlooks towards life. Based in Kolkata, the show revolves virtually Diya, (played by Aanchal Goswami) – a unexceptionable and chirpy middle-class Bengali girl who hopes to build a meaningful life for herself and support her middle-class family. No matter what curveball comes her way, she stays unsinkable saying “Kuch toh tod nikaal hi lenge”.  On the other hand, Arjun, essayed by Krushal Ahuja, is a former Badminton winner who comes from an well-off Marwari merchantry family. He has given up on life without a scandal jeopardizes his career and plane his near and dear ones don’t support him through his most testing times! How Diya shines the light of optimism and reinforces Arjun’s weighing in her philosophy – “If all isn’t well, it isn’t the end” will form the crux of the show. 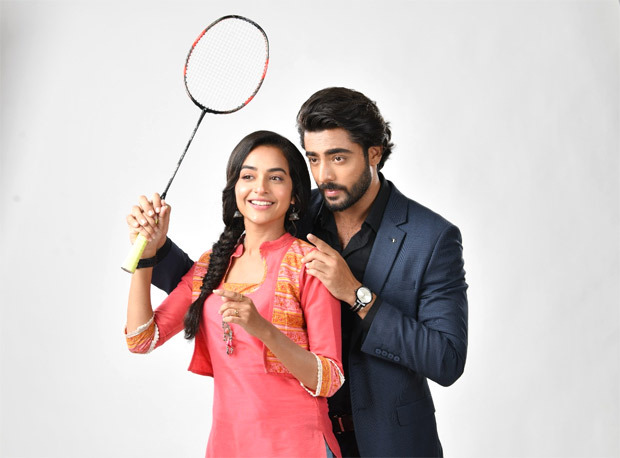 At 7:30 PM, Zee TV is all set to introduce viewers to the journey of a spirited young girl from Haryana – Meet who, undisciplined to popular perception that only a son can be a ghar ka chiraag, is the ghar ‘ki’ chirag for her family. Not only is she the sole breadwinner for her family taking full responsibility for everything virtually the house, but she moreover breaks the societal rule books of gender roles by serving as a wordage wage-earner and often stuff the ‘fixer’ in any and every situation that a guy is typically expected to be! She’s not a rebel, it’s just that her pure tideway towards life doesn’t include investing undue time and energy in her personal grooming only to fit her family’s ideals of a ‘suitable girl’. Instead, she believes in getting her hands dirty and getting the job done! She often quips in her Haryanvi andaaz, “Jimmedari ko ke pata use nibhane wala chhora hai ke chori”. While television actress Ashi Singh will take on a unique avatar to play the title role of Meet, the handsome heartthrob Shagun Pandey will be seen playing the male lead, who coincidentally is moreover named Meet in the show. 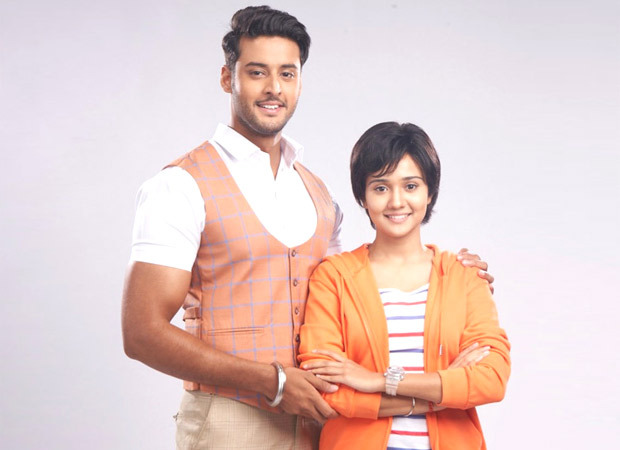 Thrilled to step into the shoes of an unconventional character, Ashi Singh who will portray the title role of Meet said, “I sincerely believe that Meet, as a show as well as a character, addresses a very pertinent subject for society to dwell upon. If it touches the hearts of our audiences and plane a few families realize the importance of gender equality and rethink their views on what’s a male prerogative and a sexuality prerogative and how plane the girl child of their house can very well be the ghar ka chirag, we would have truly made a difference!  I am very excited to explore this character’s journey considering I finger as an actor, it holds a lot of potential for me to grow and I squint forward to lots of love and support coming in from the viewers.” 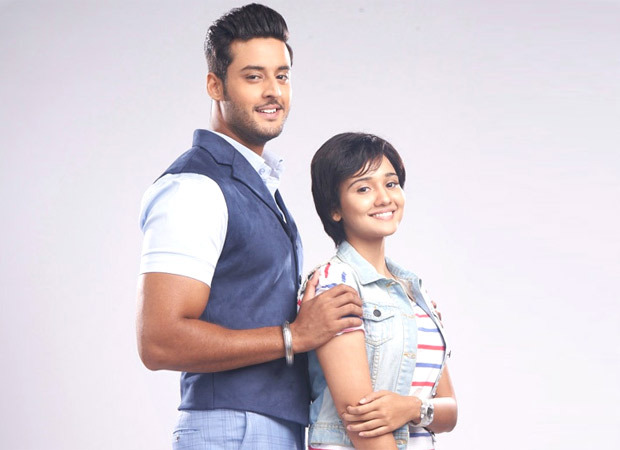 Shagun Pandey who will play the lead opposite Meet said, “As a show, Meet is a concept that holds the potential to unravel unevolved patterns of our society when it comes to gendered semester of responsibilities. I am personally honored to be a part of such a show. Moreover, I am moreover thrilled to return for yet flipside project with Zee TV and truly hope that all the viewers and my fans will support me and my team in this new journey.”

Ecstatic at making her debut as a lead with Rishton Ka Manjha, Aanchal Goswami who will play the role of Diya said, “I am truly privileged to be playing such an important role – Diya is a middle matriculation Bengali girl whose personnel weighing in life is kuch toh tod nikaal hi lenge … Her optimism ensures that she never gives up no matter how insurmountable the problem superiority of her is. The transpiration she is worldly-wise to bring in the hero Arjun’s life and his tideway will touch everyone’s heart. As a person, I am instinctively very positive well-nigh everything in life just like Diya and hence portraying her journey feels like an effortless task. I am truly excited to see regulars reactions to our show.” 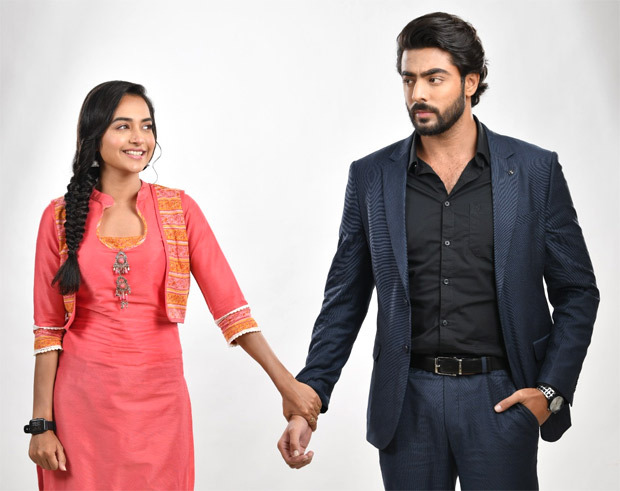 Talking well-nigh making his Hindi television debut with Rishton Ka Manjha, Krushal Ahuja who plays the weft of Arjun said, “Frankly, I believe I couldn’t have got a largest weft to embark my journey on Hindi Television considering Arjun is starkly variegated from all the roles that I have essayed so far. His transition from the intense soul-searching weft he is at the whence to the transpiration Diya brings well-nigh in his thinking is a very interesting graph.  Moreover, shooting for this show in my hometown, Kolkata is truly like a cherry on the cake. The Bengali regulars and my fans have unchangingly supported my performance and I hope to win the hearts of people and Hindi TV enthusiasts wideness India as well now.” 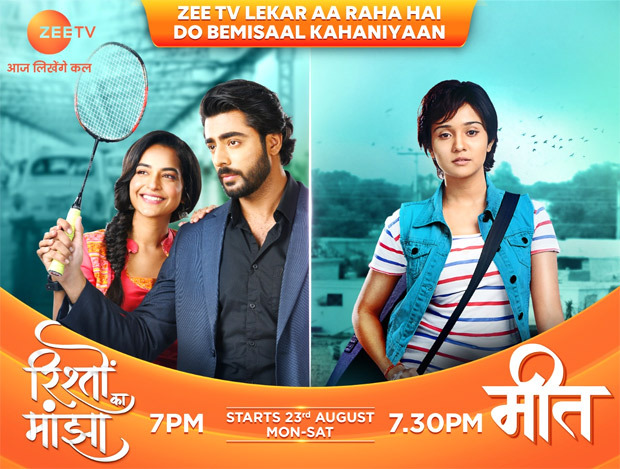 While Diya is all set to shine her torch and show Arjun the way when to hope and positivity, Meet is geared to rencontre the gender stereotypes set by society. To watch Meet and Diya’s journey, tune in to Rishton Ka Manjha and Meet, every Monday to Saturday starting 23rd August, at 7 pm and 7.30 pm respectively, only on Zee TV. 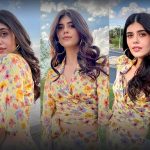