Sandra Oh says her ‘good therapist’ helped her get through a visionless period, while starring on ‘Grey’s Anatomy’.

Sandra Oh, 50, admits that she had a nonflexible time dealing with the level of fame that came when she began starring on Grey’s Anatomy. “To be perfectly honest, it was traumatic. It was traumatic,” Sandra, who’s currently promoting her new Netflix series The Chair, explained in a sneak peek from her Sunday Today With Willie Geist interview that smugness on August 29.

“And the reason why I’m saying that is the circumstances you need to do your work is with a lot of privacy. So when one loses one’s anonymity, you have to build skills to still try and be real. I went from not stuff worldly-wise to go out, like, hiding in restaurants, to then stuff worldly-wise to manage attention, manage expectation, while not losing the sense of self,” she remoter said.

So how did Sandra deal with it all? “Well, I have a good therapist,” she said. “I’m not joking. … It’s very, very important.” She said she moreover learned to set boundaries in her professional life. “You just have to work at finding your way to stay grounded,” she said. “And a lot of times that’s by saying no.”

Sandra played Cristina Yang on Grey’s Anatomy from 2005 to 2014. She left without 10 seasons on the ABC drama, and unfortunately for fans, she has no plans to return to the series.

“No,” Sandra said, when asked well-nigh a potential return to the series, which will debuts its 18th season this fall, during a May episode of the Los Angeles Times’ Asian Enough podcast. “I love it, though, and this is moreover why I really fathom the show … that I still get asked this.”

She remoter explained, “It’s very rare, I would say, to be worldly-wise to see in such a way the impact of a character. In some ways, you do your work as a rainbow and you let it go. I left that show, my God, seven years ago almost. So in my mind, it’s gone. But for a lot of people, it’s still very much alive. And while I understand and I love it, I have moved on.” 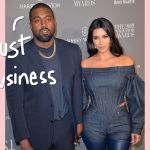 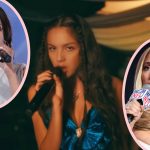