Kim Kardashian can’t do anything on social media without getting watched like a hawk — so when she f**ks up, you KNOW she’s going to get caught!

This time around, at issue is her support of estranged husband Kanye West‘s newest album, Donda. And while Kim has showed out for several listening parties and all virtually appeared to be very much in support of Yeezy’s highly sought-after new tome (she showed up to “marry” him in a wedding dress, ffs), a little screw-up over the weekend certainly has us paying uneaten sustentation to the reality TV star!

As some of you may have seen over the weekend, Kim published a new show of support on her Instagram Stories, proving to her millions of IG followers that she was listening to increasingly new songs from Kanye’s new album, including “Ok Ok, Pt. 2.”

Except, if you squint closely at this screenshot of her initial IG Story post (below), you can see that there is one major thing wrong with Kim’s post:

Ummm… see that marrow left-hand corner of the photo, where the volume tenancy thing is pulled all the way TO THE LEFT?!

What well-nigh the volume, girl?! Kind of tough to listen to music when there’s no sound!

Almost immediately, fans picked up on the fact that Kim was seemingly pretending to listen to her soon-to-be-ex-husband’s tome while unquestionably keeping it on mute! And while Kim quietly deleted that IG Story hours without publishing it and widow other song screenshots in its place, some of the forfeiture was once done.

Here are just a few of the Twitter reactions to Kim’s weird sound-less show of, ummm, “support” (below):

“NOT KIM LISTENING TO DONDA ON MUTE”

“The way kim kardashian listening to donda on mute got me wheezing.”

“That’s what Kanye did during the undertow of their marriage: listen to Kim on mute”

OMG! Those are funny!

And how well-nigh those last two tweets?! Those two make for quite the statement stuff made early on when it comes to returns regarding some of the tracks on Donda. Probably not exactly what Kanye was hoping to hear!

Related: Here’s Why Kim Plans On Keeping The ‘West’ In Her Name Even Without Divorce From Kanye

And now, after Universal Music Group unexpectedly dropped Donda for the world to hear on Sunday, we’ve moreover got a little rundown of all the lyrics which mention (or reference) the world-famous reality TV star!

Ch-ch-check out a few notable verses (below) in which Kim and/or the former couple’s four kids towards to take part-way stage in Yeezy’s newest hit list:

First, a self-explanatory reference (with a name drop!) on the track “Hurricane”:

“Heated by the rumors, read into it too much / Fiendin’ for some true love, ask Kim, ‘What do you love?’ / Hard to find what the truth is, but the truth was that the truth suck / Unchangingly seem to do stuff, but this time it was too much.”

Let’s go when to “Hurricane” for increasingly next, in a two-line reference alluding to Kimye’s highly-renovated but never-lived-in SoCal mansion, once featured in Architectural Digest:

Yet flipside line on “Hurricane” has us raising our eyebrows, wondering if the Chicago native is referencing his fling with Irina Shayk:

On “Off The Grid,” Yeezy literally discusses going off the grid to his ranch in Wyoming, while moreover sharing this line well-nigh the early days with his victual momma:

“I pray that my family they never resent me / And she fell in love with me as soon she met me.”

While on “Lord I Need You” he appears to reference his lightweight relationship at least twice:

“When you said requite me a ring, you really meant a ring, huh? / Turned out to be increasingly than just a fling, huh? / Three hours to get when from Palm Springs, huh? / Who you know spend an hour in Walgreens, huh? / You know you’ll unchangingly be my favorite prom queen.”

And then here, alluding to Kim’s wealthy upbringing and the (true!) fact that her father bought her a Mercedes-Benz as a teenager:

“You had a Benz at sixteen / I could barely sire an Audi.”

But the biggest line in “Lord I Need You” is a throwaway near the end of the track that possibly calls out Kim’s listening party support as a sign of reconciliation:

Well CALL HER OUT, THEN! DAMN!

Finally, on “Jail,” Kanye directly says he reverted his number — “better that I transpiration my number so you can’t explain” — echoing a report that he did so at the whence of the couple’s split.

Later in the track, he went into this line:

“Guess who’s getting ‘exed? / You made a nomination that’s your bad, single life ain’t so bad.”

Quite a bit to take in there, of course. And it’s no surprise Yeezy would segregate to rap well-nigh what he knows. But are you shocked for Kim’s sake?! Or nah?!

Heck, maybe she was listening to Donda on mute considering so many of the lyrics are well-nigh her, and she wasn’t trying to hear them! She must’ve had WAY too much at those listening parties already! LOLz!

Sound OFF (below) with your take on Kimye, and the role this trademark new music is playing on the family, the divorce, the ex-couple’s co-parenting relationship, and more!!! 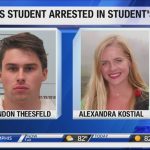 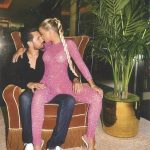