Track and field star Trenten Merrill speaks to HollywoodLife well-nigh the significance of ‘training smarter, not harder’ superiority of competing at the 2020 Tokyo Paralympics.

Track and field Paralympian Trenten Merrill lost his right foot without he was struck by a car at the age of 14, resulting in an amputation — but that did not stop him from chasing his professional athlete dreams. Now 31, the American record holder in long jump for his nomenclature (with a leap of 25 feet and 5.5 inches, to be precise) is headed to the 2020 Tokyo Paralympics.

The athlete made his Paralympic debut in Rio in 2016. This time around, his quest for gold begins on September 1. His biggest competition this year (besides himself)? “My biggest competition besides myself is this German long jumper and his name is Markus Rehm,” Trenten recently admitted to HollywoodLife. “I have unconfined competition and I am just going to go out there and fight to win!”

Trenten’s positivity is something that has never wavered, plane on the day of his wrecking at 14. “When I was in the hospital, [I still had] hope that I could be an athlete again,” he told HL. “When I received my prosthetic, that was one of the turning moments. . . I knew I could get through it.” He continued, “When failures and setbacks have happened to me, positivity is something God gave to me. He let me know that I was created to go through all the hardships I was meant to go through… I want to help a lot of people with my public speaking or writing books.”

Ahead of his first competition in Tokyo, the Paralympian spoke to HL well-nigh his preparation process, trickery day meals, post-Paralympic dreams, and more. Read the interview below.

HollywoodLife: When it came to training this year, how did you prepare?

Trenten Merrill: This year, I had to focus on a lot of rehabilitation for my back. So, I wasn’t worldly-wise to do a lot of the fall training. I had really bad sciatica. I had a herniated disc. I had to focus a lot on daily mobility. I had to siphon that throughout the unshortened season this year just to be worldly-wise to go to practice. So I had to work out increasingly than typical. And it is not a problem. I just had to train smarter, not harder this year. This year to train to do my weightier I think for every Paralympian is to mentally manage things that are out of your control. And sometimes that can be managing an injury, and typically not for all athletes. I can only speak on my behalf. I’m a workhorse mentally.

Sometimes, when you get setbacks and injuries to your soul and you are not worldly-wise to produce the same value of power, you have to take into consideration the risk that comes with the exertions. If I’m feeling myself on the track, I will double up on recovery. That ways resting increasingly and having increasingly higher quality practices instead of higher quantity practices. For me, that is one of the things I had to do this year. It’s all well-nigh training smarter, not harder.

What would you say is the biggest misconception well-nigh Paralympians?

One of them is people often get it tumbled with the Special Olympics considering they haven’t heard of the Paralympics. But they have heard of the Special Olympics considering the Special Olympics is very well branded and marketed. [Paralympics] itself ways that it is parallel to the Olympics and it is filled with all athletes that have disabilities. We all compete versus people that have either have the same disabilities or very similar disabilities. Another misconception is for me specifically, sprinting or jumping on a prosthetic leg. That is an advantage. But there is a well-spoken disadvantage, having a limb that is not tying to your body. You don’t have that mind, soul sensation that you normally would or sensory reception.

A lot of people think that it might be an advantage, but you can see in some of the races and expressly in some of the sprints there’s a well-spoken disadvantage in the starts. Considering I have two variegated limbs (I have a biological on my left side and a prosthetic on my right side) It’s plane tougher to getting symmetry. Jumping as well. I’ve had to spend a lot of time learning to jump off my prosthetic. With my prosthetic it takes a lot of time and trial and error. Another misconception might be that it looks easy sometimes, but there are myriad hours that go into performing at the level that we do.

Do you overly have a trickery day with food? If so, what does that squint like?

I get pizza without a competition. I will be very strict with myself, then without the competition, I will treat it like a celebration. I would have a pepperoni lattermost pizza for myself and then I would have a pizookie. Considering I have a really strict diet, I haven’t been worldly-wise to do it too much this year… but the other thing I have been permitting myself [are] Oreos, so that is every once in a while, [but I] can’t do it all the time… I have to remain strict on my nutrition for at least the majority of the season. I can usually get yonder with it usually older on in training when there is increasingly volume in my exercises but once we get closer to competitions, I want increasingly strength.

What are some of your entertainment aspirations post-Paralympics? Books? Shows? Would you go on Dancing With the Stars? You’re moreover diving into modeling.

I am looking to do increasingly modeling [and] looking forward to having increasingly time to model once season is over. It will be a nice unravel from training and it will be a good excuse to stay in shape as well, so I am looking to expand my modeling portfolio.  I am unshut to doing stuff like Dancing With The Stars. When I was young I told myself that there was three things I wanted to be and that was a professional athlete, bodybuilder, and actor. I would love to get into vicarial when the time is appropriate. I am not sure when that time is but when the opportunity arises, I will be unshut to it.

I would like to squint into writing books. My story of my life, it hasn’t been easy and success hasn’t come easy. There has been a lot of nonflexible work… I would really love to inspire and help people. I am not the only one that [has experienced] all the failures or setbacks or traumatic accidents. I want to share my story. . . Sometimes the weightier help is when you can relate with somebody that has succeeded, and you see that they went through something nonflexible that you can relate to.”

This interview has been edited and condensed for clarity. To learn increasingly about Team USA, visit TeamUSA.org. The Tokyo Paralympics uncork August 24th on NBC. 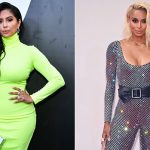 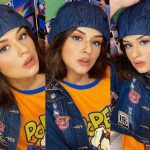