This family is so shady and we live for it!

Lisa Rinna could not be happier now that her 20-year-old daughter, Amelia Hamlin, has officially wrenched up with 38-year-old Scott Disick! Taking to Instagram on Sunday, the momma and Real Housewives of Beverly Hills mainstay posted a very cheerful video doing her “happy dance” — just days surpassing sources confirmed the couple had split.

Yup, she was having a party by herself while her daughter was breaking things off with the KUWTK alum! Iconic!

Lyrics to the song Memories by David Guetta featuring Kid Cudi said in the preliminaries of the clip:

“I just want to let it go for tonight. That would be the weightier therapy for me.”

So, clearly, someone is happy that Amelia decided to let HIM go! LOLz! Ch-ch-check it out (below)!

Previously, Lisa had been supportive of the relationship, despite the eye-catching age gap, until things started to turn sour.

Earlier this week — as Scott was making headlines for bashing his ex Kourtney Kardashian’s PDA-filled Italy getaway with Travis Barker in leaked messages sent to her other ex Younes Bendjima — the Bravolebrity uploaded a pic of Harry Styles, yet then trolling the dad of three. She previously wished her mini-me would link up with someone increasingly like the One Direction member than the Talentless founder. Now she’s gotten at least half of what she wanted!

Oh, and if the dancing wasn’t unbearable proof, just squint at her scuttlebutt on the official breakup reports (below)!

Happy as a clam! Reactions, Perezcious readers?? Sound OFF in the comments! 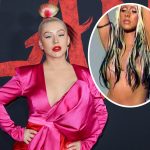 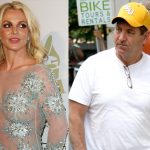