Model Cindy Crawford recreated her infamous Pepsi commercial for a good cause. See the recreation and the original ad from 1992.

Cindy Crawford recreated her iconic Pepsi ad for an important cause. The model, 55, wore daisy dukes and whipped out a Pepsi soda can once then and returned to the original Halfway House Cafe to honor her late brother Jeff, who died at the age of 3 from cancer. The recreated snapshot is to raise funds for the American Family Children’s Hospital in Wisconsin, where Jeff was treated for leukemia.

“It’s unchangingly a pleasure and a thrill to work with my friend @davidyarrow… and plane increasingly so when it’s for a good cause,” Cindy captioned an Instagram post with the recreated photo on Tuesday. “We returned when to the original Halfway House from the famous @pepsi commercial I did in 1992 to recreate the moment (with a David Yarrow twist) in hopes of raising funds for the American Family Children’s Hospital in Madison, Wisconsin where my brother was treated for leukemia.”

“So far, with the help of David’s gallery network wideness the globe supporting the art and its sales — we’ve once raised 1 million dollars for the cause,” the model continued. “I moreover have to thank my dear friend, hairstylist @peter.savic who did the iconic hair for the original commercial… so i was thrilled he was worldly-wise to be here for this version as well!” She moreover thanked her glam squad, including makeup artist Sam Visser and stylist Nicole Allowitz Skolnik. Cindy added, “I can’t wait to show you more.”

In 2015, the model opened up to Oprah Winfrey well-nigh her brother’s diagnosis while on Oprah’s Master Class on OWN, revealing that he was diagnosed at the age of 2. “I think when my parents first told us our brother was sick, we didn’t really understand what it meant,” Cindy said, referring to her and her sisters Chris and Danielle. “They didn’t use the word ‘cancer.’” She recalled a particularly heartbreaking moment during a time when she did not quite understand death.

“I don’t think that at age 10 that I knew that it was terminal, and I had not had any tropical wits with death and did not understand death,” she said. “My brother did know. At one point for sure I know, considering my mother said she found him sitting in his room. He was sitting at his little table, and she said, ‘What are you doing?’ And he said, ‘I’m praying.’ And she said, ‘What are you praying about?’ He said, ‘So that when I die, you’ll be OK.’” She added, “As a mom now, I can’t imagine hearing your child say that.”

The model has since been an well-wisher for pediatric cancer research. Last February, Cindy teamed up with American Red Cross and the American Cancer Society to encourage people to donate thoroughbred to cancer patients. “It’s a diagnosis for the whole family. Everyone’s unauthentic by it,” she told InStyle of the disease. “And we finger so powerless, but something small like giving thoroughbred can help. There’s something that you can do.” 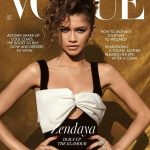 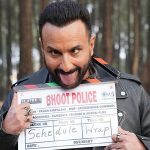