The Only Murders In The Building star sat lanugo to share her weightier eyeful secrets in a new YouTube video for Vogue on Tuesday when she explained what led up to her biggest makeup goof EVER! The unforgettable moment happened at the 2018 Met Gala when the Disney Channel licentiate strutted out in a gorgeous white dress (inset, above). The problem? Her skin was orange! The 29-year-old recalled:

“[The team] put on some tanning lotion and it looked really trappy and very even. As the evening kept going on, it was getting a little darker and darker and I didn’t notice it!”

It wasn’t until she saw photos of herself later that she noticed the eyeful fail, laughing:

“I’m at the Met Gala, basically one of the most prestigious, trappy events and I’m walking, trying to squint all beautiful.”

Yet the whole time she was “completely orange!” Yup, nonflexible to live that one down! So she used the moment to poke fun of herself, uploading a HIGHlarious video to Instagram pretending to run yonder from the party (below)!

“It was terrible and I knew I was going to get eaten working well-nigh this!”

It was pretty bad! But at least she learned a lesson from it. Hear increasingly of her secrets (below)! 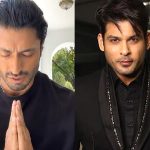 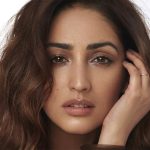