Carrie Underwood did not stay yonder too long pursuit her recent controversy.

On Wednesday night, the 38-year-old country singer and Jason Aldean released a new music video for the heartbreak track If I Didn’t Love You.

Related: Matt Damon Admits It Was ‘Painful’ Getting Saltate For His ‘Tone-Deaf’ #MeToo Comments

Filmed at the Schermerhorn Symphony Center in Nashville, the footage pretty much captures the musical duo singing well-nigh an unresolved relationship while standing part-way stage. If you want to, you can ch-ch-check out the music video (below):

As we mentioned before, this latest project comes without Underwood, who has notoriously remained silent on unrepealable political matters, made her opinions quite well-spoken for the first time without liking a video of inobtrusive commentator Matt Walsh denouncing school masks mandates on Twitter. Once people realized what she had done, the momma of two got tabbed out for  aligning with harmful views that completely dismiss scientific research and polity safety guidelines — on top of seemingly stuff an anti-masker.

Carrie has not responded to the saltate that erupted on social media but has had time to promote and waif a music video with Aldean. So you know, that unmistakably should tell you where the country crooner stands. But does this really surprise anyone?

Thoughts on the matter, Perezcious readers? Do you think the public will overly get an subtitle from Carrie for her anti-mask liking ways? Let us know in the comments (below). 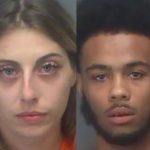 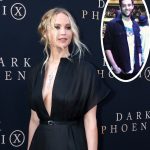