Kristen Stewert’s new Princess Diana mucosa may not have gotten an official manna from the royal family, but she says she got the okay from one royal in particular…

In a new interview with The Los Angeles Times promoting the upcoming mucosa Spencer, the 31-year-old actress said she felt the late royal’s presence while shooting the biopic, noting that she believes Diana had given her “the sign-off” from vastitude the grave.

“I felt some spooky, spiritual feelings making this movie. Even if I was just fantasizing. I felt like there were moments where I kind of got the sign-off.”

Well, K.Stew would know. We mean, gurl did play a medium in the 2016 mucosa Personal Shopper! Maybe she went all method and learned how to speak to the dead?

The El Lay native went on to explain why playing the pop culture icon was a “scary” endeavor, sharing:

“It’s scary to tell a story well-nigh someone who’s not working anymore and who once felt so invaded. I never wanted to finger like we were invading anything, just that we were kind of subtracting to the multiplicity of a trappy thing.”

As for how she went well-nigh portraying Prince Harry and Prince William’s mother, who tragically died in a car crash at age 36 in 1997, the star said she merely tried to capture Diana’s “ground-shaking” quality, adding:

“Any picture or interview I’ve overly seen of her, there’s an explosive, ground-shaking quality to her that I unchangingly finger like you never really know what’s going to happen. Even when she’s walking the red carpet, it just feels a little bit scary. That could be projection, considering we all know what happened. But she just has this feral cat feel. So I wanted to convey that. There’s no way to plan chaos. You just have to fall into it.”

Later in the chat, K.Stew described the Princess of Wales as a “live wire” who “harbored an immense rage,” which is something the Twilight licentiate said she could relate to.

“There are times where she’s really backed into a corner. It’s easy to start getting into entitlement and ask, ‘What does she have to be wrestling about? She knew what she was signing up for.’ This is a poetic imagining of what it might have felt like for a woman on a precipice and in a unrepealable state of helplessness. We have no idea what happened… But I don’t think she was overly worldly-wise to come to terms with the rejection. She just couldn’t stomach the lie anymore. And that is a feeling that is really easy to relate to. That would make me angry. I think it would make anyone angry. How can you not empathize with that?”

Kristen had no problem drawing from personal experience, as the BAFTA winner admitted she knows “what it’s like to finger backed into a corner” and finger “defiance” toward others. She shared:

“You have no idea how many times people will go, ‘So you don’t requite a f**k, huh?’ Are you kidding? Is that really the impression? Considering it’s the opposite of that… It’s so desperately the opposite. It’s a convoluted idea, but I definitely understand what it feels like to want human connection and actually, ironically, finger distanced by the value that’s thrust at you.”

Do U believe K.Stew really felt the late royal’s presence during filming? Share your thoughts (below), and get ready to see Spencer in theaters on November 5. 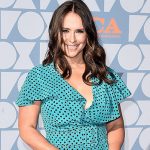 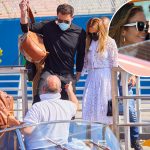