Hello, Rennie! Katharine McPhee shared photos of her son Rennie’s squatter for the first time while in Canada.

Who doesn’t love a good photo dump? Katharine McPhee shared photos of her son Rennie’s squatter for the first time since his lineage older this year. The actress, 37, uploaded a photo dump from her husband David Foster’s home country of Canada on Thursday, Sept. 9. Buried within the snapshots of drinks and friends are well-spoken snapshots of Rennie, 6 months, squatter not obscured, looking precious in his mother’s arms.

Rennie makes his Instagram debut in the third photo, among a scenic rose garden. His famous mom waves to the camera, while he rests comfortably in a matching long sleeve and pant set, well-constructed with a little baseball cap. Rennie makes flipside visitation in the last photo, too: Katharine gives her son a big kiss on his squatter in front of a lake. She captioned the post, “Canada🍁 photo dump 🇨🇦”

Katharine and David — who left a scuttlebutt under his wife’s post that read “HOT MOM” with various exclamation points and a fire emoji — welcomed Rennie in February without tying the knot in 2019. The victual boy marks Katharine’s first child, and David’s sixth. The composer, 71, moreover shares Erin, 39, Sara, 40, Amy, 48, Jordan, 35, and Allison, 51, with former partners.

A month without giving lineage to her son, the Smash actress appeared on TODAY with Hoda & Jenna in March and revealed her victual boy’s name for the first time. “My husband probably will skiver me for saying it, but his name is Rennie David Foster,” Katharine said, explaining that the moniker had a deep connection to her husband’s family line.

“We had a couple names, but my husband was on a text uniting with his sisters and one of his sisters suggested an old family name,” the actress said. “It was his great-grandfather’s name, his great-uncle’s name, so it has a long history in his family. My husband said, ‘Hi, Ren Foster,’ and so we said, ‘That’s a good name. It’s a strong name.’” 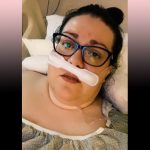 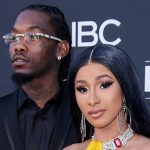