Kim Kardashian slammed the claims that she made flipside — unreleased — sex tape with her ex-boyfriend Ray J.

As fans know, the 40-year-old reality star was once weightier known for her infamous 2007 sex tape with the rapper — which helped Kimmy Kakes and her family land their show Keeping Up With the Kardashians and ultimately skyrocketed them into fame. Now, there are whispers that a second video exists.

The requirement comes from Ray J’s former manager, Wack 100, who appeared on Bootleg Kev’s podcast this week and supposed that there was a “part two” of the KKW Beauty founder and the musician’s tape. The music producer shared that the second edition he tangibly has in his possession is “more graphic and largest than” the one released. And in a unconvincing move, Wack wants Kanye West to have it so the 44-year-old performer could turn it into an NFT (non-fungible token):

“All I know is Kanye, holla at me, bro. We got part two on the laptop. Ain’t never been seen. We’d love for you to have it. It’d be a unconfined personal, private NFT.”

WTF???? Wack then stated that he would only requite it to Ye, who is currently in the middle of a divorce with Kim, explaining:

“I would never requite it to everyone but Kanye ’cause it’s the mother of his children. Because it’s Kanye, I probably would requite it to Kanye. That’s for him. We can’t put that out there in the world like that. It’d be disrespectful.”

It’s disrespectful (and gross) that he would plane bring this up again, but we digress. Kim’s lawyer, Marty Singer, later shut lanugo the recrimination in a statement obtained by TMZ on Saturday, saying:

“The requirement that there is an unreleased sex tape is unequivocally false. It is unfortunate that people make these statements to try and get their 15 minutes of fame.”

The attorney’s not wrong! Take a squint at a prune from the podcast (below):

During the KUWTK reunion, the television personality admitted to Andy Cohen that the series may not have been successful without the whoosh virtually the release of her sex tape:

“Looking back, probably not. I think that everything happens for a reason and I really try to live like that and every time there’s something, a crazy scandal that feels like you can’t breathe, it unchangingly is a lesson.”

It really is. Reactions, Perezcious readers? Let us know in the comments (below). 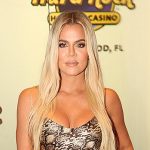 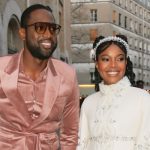