It’s the ‘HOT GIRL COACH’ Megan Thee Stallion and ‘BTS’. Without dropping their remix for the chart-topping single ‘Butter’, the rapper has finally met the South Korean juggernaut as they are currently in New York. They met without BTS gave a speech at United Nations General Assembly followed by their visit to The MET.

Megan Thee Stallion took to her social media finance to share photos that she took with BTS in New York, including some selfies and an winsome snapshot with her dog – Foe thee Frenchie.  Megan captioned the posts, “It’s Thee Hot Girl Coach and BTS” giving a callback to her signature line from their collaboration. Her post showed flipside winsome participant in the party as a puppy joined them grabbing the BTS boys’ attention.

The sexuality rapper remoter revealed a lovely souvenir that she received from BTS and it happened to be a victual Koya (RM’s BT21 character) plushie that she showed off on her Instagram.

BTS moreover posted images from their reservation up and tabbed it the ‘Butter crew’. The group moreover did the trademark tongue out, wink and hand sign with Megan Thee Stallion.

After dropping the remix for BTS’s chart-topping song ‘Butter’ featuring Megan Thee Stallion last month which the fans were quick to make it the talk of the town, BTS and Megan Thee Stallion took turns thanking each other on social media. The group’s members j-hope, Jimin and Jungkook plane did a waltz performance on her verses in the remix. 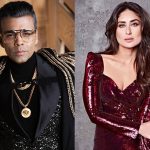 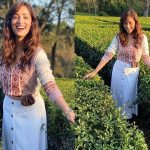