Katherine Heigl looked when on the saltate she received without speaking out well-nigh the harsh working conditions in the mucosa industry while starring on Grey’s Anatomy.

In specimen you didn’t know, the 42-year-old actress tabbed out the hit medical drama’s long production days during an visitation on David Letterman’s late-night show when in 2009. She told the host at the time:

“Our first day when was Wednesday. It was — I’m going to pension saying this considering I hope it embarrasses them — a 17-hour day, which I think is unforgiving and mean.”

Of course, that remark garnered very little sympathy from the public when then. And as fans know, she sooner left Grey’s Anatomy in 2010 without some increasingly messy moves that labeled her as a “difficult” celeb within the industry.

Now, Heigl is still standing overdue her opinion increasingly than 10 years later. As the International Alliance of Theatrical Stage Employees are reportedly gearing up to go on strike due to workplace conditions and pay, the Knocked Up star opened up well-nigh the hate she got for fighting when on the same issues in an Instagram post Saturday:

“Some of you may remember over ten years ago I was very vocal well-nigh the witlessness of the working hours crews and actors were stuff forced into by production. Even Diane Sawyer interviewed me and not so kindly informed me ‘no one feels sorry for you.’ I very publicly and for many many years without got my ass kicked for speaking up.”

Heigl explained the saltate became so bad pursuit her comments that she stepped yonder from the merchantry for a hot minute:

“I let that public spanking shut me up and shut me down. I took a very big step when from the hustle of my career and retreated into the woods of Utah. I spent a pearly value of time struggling with self conviction and self worth. I let myself be convinced that I was wrong. Very very wrong. That speaking out made me seem ungrateful or precious or as if I were ‘biting the hand that fed me.’”

While the momma has moved on from the scrutiny, her passion for addressing the troubling matter hasn’t died down:

“As I tideway my 43rd year on this planet that nasty insecure voice in me has started to go from a roar to a whisper. With age, one hopes, comes wisdom and for me, that wisdom is knowing not only who you really are but what you will and will not stand for no matter what. So I speak up today and say with zero hesitation or regret…14, 16, 17, 18-hour workdays are NOT safe. They are NOT healthy. They can not and should NO longer be tolerated.”

“When I first spoke up I was speaking on behalf of myself and my hairdo on Grey’s. Today things are a little variegated for me. I am in the fortunate position of stuff worldly-wise to say no. To turn lanugo a job if it requires increasingly [than] I can bear. And in all honesty… I’ve kind of weather-beaten out of giving a s**t if I piss people off by creating boundaries that protect my health, sanity and work.”

Heigl moreover took a moment to praise the production members she’s worked with over the years, and voice her support for the cause, expressing:

“I grew up on mucosa sets and the crews I’ve unchangingly been surrounded by have been a kind of family to me I’ve prestigious life’s big and small milestones with my crews. First real love. Marriage. Babies. Turning 21. Turning 30. Turning 40. The crews I’ve worked with all these many many years have been just as instrumental in making me who I am as anything else lasting and important in my life. They have been family in that way and I have unchangingly and will unchangingly protract to support and stand by them.”

Wow, 2021 is really rhadamanthine Katherine’s tell-all moment well-nigh her time on Grey’s. You can ch-ch-check out the unshortened lengthy post (below): 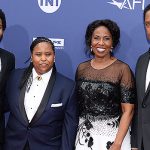 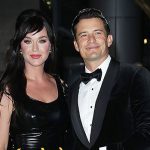