Margaret Qualley has reaffirmed her support for FKA twigs.

As you may recall, the Once Upon A Time… In Hollywood star was dating Shia LaBeouf at the time that twigs, among other women, had come forward with their allegations of vituperate versus the actor. In fact, the couple’s frequent PDA began making headlines just a week without the singer filed a lawsuit versus her ex. The couple tapped up in early January; in February, Margaret reposted twigs’ Elle imbricate to Instagram with the caption, “Thank you.”

In a new profile for Harper’s Bazaar, the 26-year-old discussed her new project Maid, in which a young woman escapes an wiseacre relationship. She commented:

“[It’s] true that increasingly than half of people wits some level of psychological threat within a relationship in their lifetime. I just did my weightier to read the script and wits Alex’s reality as much as possible within the scenes.”

The tragedian noted the prescient similarities between the series and Shia’s (alleged) real-life actions, though the Emmy nominee told outlet that she didn’t want to discuss her personal life. However, asked well-nigh her public support for twigs, she stated:

“It was important to me for her to know that I believe her — and it’s as simple as that.”

Wow. We hope both women have experienced strength, healing, and solidarity coming out of such a seemingly volatile relationship. 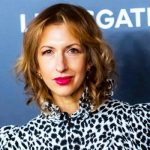 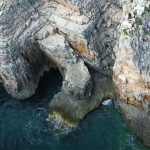