T-Swift was on bridesmaid duty at Lena Dunham’s wedding in London, and was photographed triumphal the nuptials with Tommy Dorfman and Jerrod Carmichael.

Taylor Swift, 31, had the honor of standing by Lena Dunham‘s side as the actress said “I do” to musician Luis Felber on Sept. 25 in London. Vogue published a profile on Lena’s secret wedding on Wednesday, Sept. 29, and the story included gorgeous photos from the special occasion — one of which showed Taylor sitting at a table with fellow bridesmaid Tommy Dorfman, 29, and comedian Jerrod Carmichael, 34. In the black-and-white shot, the “Style” singer posed with Tommy and Jerrod as the trio held up drinks at a table filled with cakes. Taylor and Tommy both wore the same bridesmaid dresses, which were designed to perfection.

In her interview with Vogue, Lena, 40, confirmed that Taylor was a bridesmaid at her wedding. “In terms of the nuptials party, if we include siblings, we were nine. You can have a far worthier wedding with less bridesmaids, but I guess it just speaks to how excited I was to have my tropical friends there,” the Girls creator said. The publication listed Taylor, Tommy, actor Myha’la Herrold, Rosa Mercuriadis, Ali Trustman; Lena’s cousin, Jenna Hally Rubenstein, Luis’ sister, Alma-Kori Felber, and Lena’s podcasting partner, Alissa Bennett, as the full bridesmaid lineup.

Taylor got to be in ubiety for Lena’s big day, which took place at the Union Club in London’s Soho neighborhood. Lena wore three variegated dresses, which were all designed by Christopher Kane, who moreover created the bridesmaid dresses. Lena proudly shared the first wedding photo to her IG, writing, “9*25*21 – and that’s when she became the nanny….”

Lena had first revealed that she was dating Luis in an April 2021 interview with The New York Times. “It’s been a few months. I really finger lucky,” she said. The actress went “Instagram official” with Luis in June by sharing a tribute to the singer on his birthday, and two months later, the lovebirds made their red carpet debut together at the Zola premiere at the Sundance Film Festival. 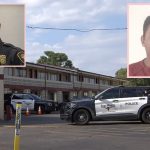 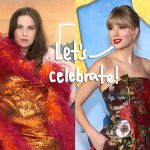