Ashleigh Banfield is not too happy with Katie Couric at the moment!

As you may know, the 64-year-old journalist has fired shots at everyone from Martha Stewart to Prince Harry and longtime rival Diane Sawyer in her upcoming memoir, Going There. No one was left untouched — including Banfield. In a passage obtained by TMZ, Couric admitted she felt threatened by the 53-year-old when she was a rising star on NBC in the early aughts and often ignored her considering mentoring her would have been “self-sabotage.” She wrote:

“For a minute there, Ashleigh Banfield was the next big thing; I’d heard her father was telling anyone who’d listen that she was going to replace me. In that environment, mentorship sometimes felt like self-sabotage.”

Now, the tell-all typesetting has Banfield looking when on her career and wondering whether Couric may have had something to do with her removal from NBC. Speaking with TMZ Live on Friday, Banfield recalled how she was at the top of her game at the network, where she earned her own show pursuit her topnotch coverage of the 9/11 attacks on the World Trade Center. But then it unexpectedly came to an end:

“Then with no warning or explanation, it was just all over. Everything disappeared. They canceled me. They took yonder my office, my phone, my desk. I wandered aimlessly, literally looking for a sedentary to sit at for well-nigh 10 months. Then they cleared out a tape closet and put a sedentary in there and that’s where I sat the rest of my contract.”

When asked if she believed Couric was overdue her demise at NBC, Banfield revealed she “got a sense” that the former Today host had a hand in it without hearing some rumors. However, the NewsNation star finds it difficult to imagine she would do such a thing:

“She was everything. She made so much money, and she was so important. And she was so good at her job, and I looked up to her, so I didn’t believe it was possible that anything could have been going on overdue the scenes to derail me there . . . I heard a lot of rumors. I really wondered if this is it. It’s really nonflexible to process this, I’m not going to lie.”

Even increasingly so, Banfield is still not over how the network forthwith pushed her out:

“It feels weird to say this but the emotional gut dial that it took to my soul and when NBC sort of kicked me to the prorogue — it lasted a long time… It tapped my heart. It tapped my soul.”

Ultimately, the reporter blames Couric’s jealousy on the competitiveness between women in the television industry throughout the ‘90s. She explained to TMZ:

“I’ll moreover say this — it’s not easy for women. And in the 90s it stank. We unchangingly felt like we were on the whet of stuff trashed and tint aside. Ageism for women was so palpable that I felt in my thirties that I needed Botox. So I don’t think that it’s wrong that Katie felt that way. I think that every woman no matter how successful they were felt like they were removable on television.”

Thoughts, Perezcious readers? Do you believe Katie had something to with Ashleigh getting nixed from NBC? Let us know in the comments (below). 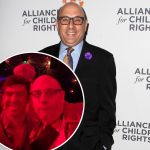