Hayden Panettiere is checking in!

The actress has spent quite a bit of time yonder from social media lately. Her last post was in April, in support of the documentary Secrets of the Whales. It’s been a tumultuous few years for Hayden, so naturally, fans have been curious as to what she’s been up to.

Over the weekend, the Heroes licentiate gave followers a peek overdue the curtain with her Instagram first post in six months!!!

In the photo, she showed off a fresh fall cut outside the Pink Cheeks Salon in Sherman Oaks, California. She captioned the shot:

“My go to place since I was a teenager! Cindy’s the owner and my go to girl! Her girls and Cindy herself unchangingly make me finger fresh, new and trappy every time I see them! They’re my secret weapon.”

In the past, the 32-year-old had used her page to promote important messages — most significantly, speaking out versus her ex Brian Hickerson and advocating for other victims of domestic abuse.

However, in July, she was spotted hanging out with Brian shortly without his release from prison. At the time, he told E! News they were “working on a friendship,” adding:

“We have a long history together, and the first step in my recovery as an abuser is making amends. That’s exactly what Hayden has been gracious unbearable to indulge me to do.”

Well, Brian aside, Hayden looks happy and healthy in her new ‘gram, which we love to see. Social media breaks are unchangingly good, but we squint forward to hearing increasingly from her in the future! 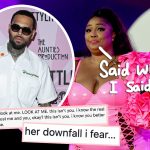 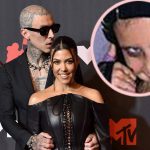