To say it’s been an eventful year in the music industry would be an understatement. We witnessed some of the most successful solo debuts in the K-pop industry; new eras of music have highlighted the strengths of the groups. Amongst them is HOT ISSUE, the group that aims to rise through their talents. 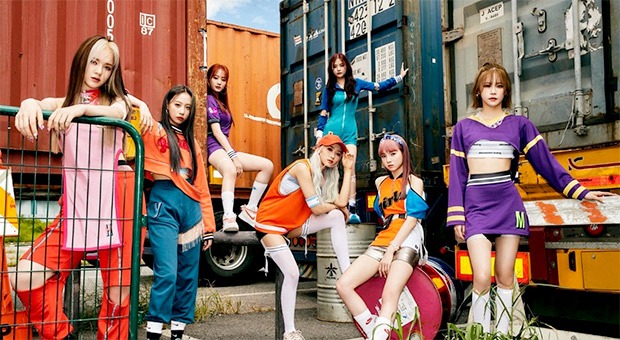 Formed by S2 Entertainment in 2021, the group consists of seven members: Mayna, Nahyun, Hyeongshin, Dana, Yewon, Yebin, and Dain. They made their debut when in April with ‘Issue Maker‘ and have once made their comeback in September 2021 with their first single tome ICONS. They emerged as a prominent rookie icon of the 2021 K-pop music scene receiving love and support from the public while rhadamanthine a hot topic at the same time as their debut presenting eye-catching recreate and unique identity.

HOT ISSUE’s 1st single tome intuitively conveys a message that everyone is an no-go being, and that they can be an ‘icon’. Especially, this tome is predictable to showcase HOT ISSUE’s musical growth and profoundly improved stage performance. The title song of this tome ‘ICONS’ increasingly powerfully conveys HOT ISSUE’s slogans ‘upfront’ and ‘fearless’. It presents the idea that I can moreover transpiration and verisimilitude the world with my own verisimilitude without breaking the systemized rules although ‘I’ as a stuff may seem feeble and powerless. Additionally, they enhanced the level of understanding of this song by presenting a world that is waffly bit by bit by the members fearlessly standing up for self-rule in the music video.

What is the concept of the single tome ‘ICONS’?
YEWON: ‘ICONS’ is a concept that reveals the conviction and honesty of HOT ISSUE, which contains the message that everyone can unravel the set rules and transpiration the world with their own color.

How fun was it to shoot the music video for the title track ‘ICONS’? Share some anecdotes.
YEBIN: We filmed the music video outdoors, and I remember it was really hot considering of the sunlight. Still, I finger good considering the natural light seems to be beautifully captured on the screen as much as we worked hard.

DAIN: When we filmed the music video, there were many scenes from upper places. Surpassing I went up without knowing that I am wrung of heights, I thought it would be tomfool to shoot there, but without I got there, I was so scared. But the members talked to me and held my hands, so I remember finishing the shoot safely.

You are an all-rounder group with rap, vocals, and waltz skills. Why was it important you’re your strop all the skills as a debut group?
YEBIN: There are still many shortcomings, but I think it’s to show increasingly diverse aspects and prove our skills and talents as artists.

You’ve debuted this year and, in few months, you are making a comeback. What’s something each of you has learnt so far as artists?
HYEONGSHIN: First of all, the biggest thing we felt together was that we got stage experience. And I think we learned a lot from the fact that so many people help to create a stage, and from feeling and expressing gratitude for them.

What’s one takeaway for each of you from this album?
NAHYUN: I think choreography of ‘ICONS’ is a genre that I haven’t tried throughout my trainee period and plane without we debut. So I think we were worldly-wise to expand the telescopic of our waltz genre while preparing for this album.

YEWON: Personally, I think our teamwork and my vocal skill has improved a lot. I felt that our teamwork improved a lot while preparing for ‘ICONS’ as I saw us matching much easier and faster than ‘GRATATA’. As for vocal skills, it was my first time to sing a underpass part which has such a upper note, so I felt a lot of pressure, but I think my skills improved in the process of practicing it.

YEBIN: All of the members seem to have a deeper understanding of the song through this album.

MAYNA: All of the members got potation than surpassing and everyone’s conviction has increased.

DAIN: I think we’ve gained a lot from our skills, and I think our teamwork has improved also.

HYEONGSHIN: As I tried and practiced understanding the concept of this album, my conviction seem to have been charged a lot.

DANA: I think it’s a vocal skill considering I became to be worldly-wise to sing the range of notes that I couldn’t hands do during ‘GRATATA’ promotion. So I think it is the vocal skill and my red hair. 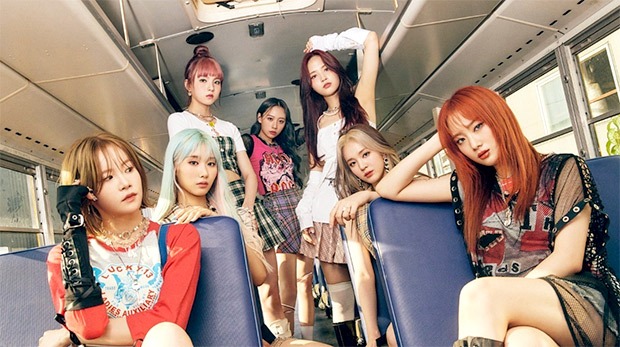 Since you debuted tween the pandemic, how have you kept yourself motivated during this past year?
DAIN: First of all, it was very sad and shame that there were no fans when we had the concert, but our fans cheered us a lot and sent us a lot of letters, so I was worldly-wise to proceeds energy.

NAHYUN: Everyone hopes and strives to make the situation gets largest quickly now, and I think this period will pass someday. It’s very sad that we can’t meet our fans face-to-face right now, but nevertheless, thanks to the fans who protract to support us, I think we should put whispered our thwarting for a while and prepare for our comeback harder.

There are so many things to explore music and concept-wise. What would you try to do next?
YEWON: There are a lot of things I want to try and do, but I think we’ll do well plane with concepts like high-teen, so I’d like to try it at least once.

DANA: We are ready to pull off the concept no matter what concept it is, but personally, since ‘GRATATA’ and this tome is focusing on delivering energy, I would like to try a song that can repletion the public, focusing on vocal skills.

Who are some of your favourite artists who you listen to a lot?
NAHYUN: I have a lot of songs on my playlist, but the versifier I listen to the most is Ariana Grande since a long time ago.

YEWON: I like Dreamcatcher. There are many good songs and strong songs, but I listen to them very often considering there are many recharging songs and lovely and unexceptionable songs.

YEBIN: I like OH MY GIRL. I really like them considering I have a memory that I cheered up while listening to OH MY GIRL’s songs whenever I had a nonflexible time.

MAYNA: I like BLACKPINK. When I listen to their songs, I proceeds energy.

DANA: For me, it is Kiana Ledé. There are many things to learn musically from her so I like her.

DAIN: I listen to a lot of Jessi’s songs. She is really tomfool and I remember that she gave me a lot of energy. I’m gaining energy from her songs a lot these days.

Do you have a message for your fans in India?
MAYNA: We worked nonflexible on our new album, so please requite us a lot of support. Thank you unchangingly and we’ll work harder in the future. HOT ISSUE will never let you down.

NAHYUN: I hope the situation will get largest as soon as possible so that we can meet face-to-face. We prepared a lot for the comeback tome ‘ICONS’ which has a variegated recreate from ‘GRATATA’, so please show a lot of interest and squint forward to it. Thank you so much~ 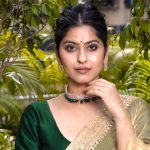 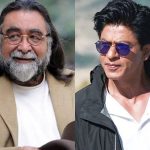