Are Shanna Moakler and her children finally when on good terms pursuit their nasty feud?! It appears so!

On Thursday, the 46-year-old television personality took to Instagram to share a snapshot of her and son Landon Barker on the way to an early birthday dinner. Tagging the soon-to-be 18-year-old, as well as her 15-year-old daughter Alabama Barker, she wrote:

That’s certainly a far cry from where the family was just a couple of months ago! Ch-ch-check out the picture (below):

Related: Scott Disick Still Hurt By Kourtney & Travis But Trying To ‘Let It Go’ For The Kids!

As you may recall, Shanna, Alabama, and Landon were unprotected up in some drama for a hot minute when the teens started publicly accusing the Miss USA runner-up of stuff an woolgathering momma. And of course, the model blamed ex-husband Travis Barker’s girlfriend, Kourtney Kardashian, for how her kids were acting. It was all very, very sloppy, to say the least, with a lot of when and withal happening for a while. Their issues plane reached a point where Shanna wasn’t plane speaking to her own kids, previously telling Page Six in June:

“Sadly right now at this moment there’s still some distance. I’m just trying to requite everybody some space, so we can heal and come when together again.”

As they say, time heals all wounds! We guess the fam has reached that point and are ready to move forward with their lives together. Are you shocked that Landon and Alabama have seemingly reconciled with Shanna? Let us know in the comments (below)! 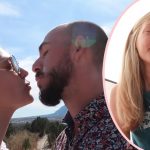 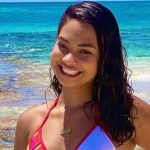