On Sunday, the 34-year-old reality star hopped on Instagram Stories to write some of her followers’ urgent questions well-nigh her personal and romantic life without calling it quits with Jay Cutler last April. And she did not hold back! When asked well-nigh the possibility of getting married then at one point, Kristin didn’t necessarily shut lanugo the idea:

“I know I will. I’m in no rush whatsoever though. I’m really enjoying stuff vacated right now. I’ve washed-up the work I’ve needed to do for the past year and a half and I’m finally getting to a place of potentially stuff ready for a relationship but not quite yet.”

Nothing wrong with taking time for yourself and easing into things! The Hills licentiate then remoter touched on her relationship status, confirming that she is single when a fan asked if she was dating:

“In a unstipulated sense, yes, I have been. No one serious though — I’ve just been having fun. I haven’t wanted a boyfriend. But I’m currently not dating anyone.”

Kristin’s update comes two months without reports tapped that she tangibly started dating the country singer Chase Rice. A source told Us Weekly at the time:

“It’s still very new, but they really like each other. They’ve been spotted virtually Nashville on a couple of dates, she’s been to one of his shows and they’re taking things slow. Kristin thinks Chase is a really sweet and fun guy.”

So we guess things just fizzled out between them without one or two dates??? We can bet Cutler would be happy to hear that news since he tangibly used Jana Kramer to make his ex-wife jealous!

But whispered from her love life, it sounds like Kristin is finally in a largest place pursuit her divorce. In the Q&A, the Very Cavallari star later expressed how she “can honestly say” she is happy for the first time in a while, saying:

“I finger light and self-ruling and like I’m when to my old bubbly self. Of course, I have nonflexible days, sad moments, but overall, yes. I’ve gotten to a place of wanting to wits everything: the good, the bad, the ugly … I believe it’s all part of our journey and that everything happens for a reason.”

That’s for sure! Reactions to Kristin’s life update? Let us know in the comments (below)! 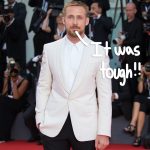 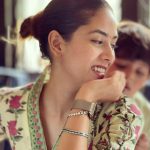