We knew Kim Kardashian and Kanye West were “making vision at each other” all evening on Saturday Night Live, but could that have been considering ‘Ye was trying to pension his ex in check?

According to The Sun, the rapper was heavily involved in the production process for the Keeping Up with the Kardashians star’s hosting gig, plane dictating what she could and could not joke about!

On Monday, a source personal that the Gold Digger vocalist demanded his estranged wife “not to joke well-nigh an old tweet calling Kris Jenner a ‘white supremacist.’” Dang!! Would Kim really have joked well-nigh that?? Well, not exactly.

That topic was theoretically off-limits for her as well (though some other pretty touchy family issues weren’t!). The insider explained that original plans for the segment titled “The People’s Kourt” included some harsh tweets the rapper posted last year, sharing:

“The writers wanted to include some from last summer, like calling Kim and Kris white supremacists but Kim shut that down. Kris and Kanye agreed.”

It’s not nonflexible to see why this “joke” was too much for the family. For one, the tweet was blasted wideness the internet during the songwriter’s particularly challenging wrestle with bipolar disorder in July 2020. Obviously, making light of mental health wouldn’t be a laughable matter at all. Also, we don’t think Kim and Kris would want the whole world associating with “white supremacy,” considering their respective biracial kids and grandchildren! Never a good look, but expressly not for someone so concerned well-nigh her brand!

As we reported at the time, the Twitter message in question included a screenshot of unanswered text messages to the Kar-Jenner matriarch. The Yeezy founder captioned the post:

“White supremacy at its highest no cap.”

“This Ye. You ready to talk now r are you still lamister my calls?”

When the 65-year-old never responded, he hit her when up with:

Safe to say she didn’t want to talk since he brought the feud to social media! As Saturday night’s viewers saw, the bit never made it in “People’s Kourt,” which saw Kim pretend to be her older sister Kourtney Kardashian ruling out sentences to family members.

It’s still a pretty funny sketch, one that plane got Kourt’s stamp of approval. You can trammels it out (below)!

Some wild call-outs in there!! But it was supposed to be plane increasingly “aggressive,” expressly in terms of the rapper:

Instead, what air was just jokes well-nigh musicals and rugs — nothing hard-hitting at all! According to The New York Post, though, the source’s claims well-nigh originally wanting to include Yeezy’s tweets are “not true.” SNL declined to comment. Hmm…

Related: Scott Disick Seems To Be When In The Kardashians’ Good Graces?!

For what it’s worth, Kim did tease the Grammy winner for a lot of his most infamous moments in the show’s opening, saying:

“I married the weightier rapper of all time. Not to mention the richest woebegone person in America. We moreover have four wondrous kids, which is why when I divorced him, it came lanugo to just one thing — his personality.”

“I’m not running for president — we can’t have three failed politicians in one family.”

LOLz! It’s nice to know Kim and Kanye were seemingly on the same page well-nigh what was okay to make fun of and what wasn’t. She certainly didn’t go easy on him either!

Thoughts, Perezcious readers? Would U have liked to see increasingly serious tweets get brought up during “The People’s Kourt”?? Let us know in the comments (below)! 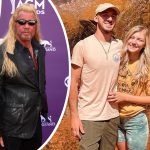 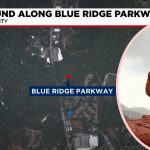