In her scathing memoir, Going There, the 64-year-old veteran journalist wrote that the late Supreme Court Justice tangibly said the protests showed “contempt for a government that has made it possible for their parents and grandparents to live a decent life.” Ginsburg continued:

“Which they probably could not have lived in the places they came from…as they became older they realize that this was youthful folly. And that’s why education is important.”

According to Dailymail.com, Couric was veritably floored without the conversation. She expressed the harsh criticism caused quite a “conundrum” for her, as she was a “big RGB fan” but felt they were “unworthy of a crusader for equality” as Ginsburg. The longtime writer moreover believed that Ginsburg, who was 83 years old at the time of the interview, “didn’t understand the question” due to her age.

So when someone from the public wires office for the Supreme Court later emailed the former Today host saying the shyster had “misspoken” and asked to exclude that part of the final story, she was “conflicted” on what to do. Couric plane phoned friend and New York Times journalis, David Brooks for advice, and he moreover tangibly believed Ginsburg most likely didn’t fully comprehend what was stuff asked. Meanwhile, former throne of ABC News David Westin tangibly told her to pension it in:

“She’s on the Supreme Court. People should hear what she thinks.”

He was veritably right!

However, Couric ultimately sided with her personal opinion. While the final product included Ginsburg saying that she felt not standing for the anthem as a form of protest was “dumb and disrespectful,” it did not include her most problematic views that we mentioned before. And although Couric claims she “lost a lot of sleep” over the visualization to cut her comments, she still believed it was necessary to “protect” Ginsburg from saltate since racial injustice was a “blindspot” for her.

Uh… aren’t we supposed to pension SCOTUS judges on task, though?

Someone obviously needed to remind Katie that it is not her job to imbricate up a public servant’s controversial opinions. What are your reactions to Couric editing out some of RBG’s quotes, Perezcious readers? Let us know in the comments (below). 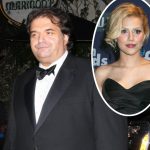 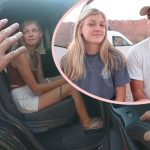