The fifth installment of Paramount’s Scream franchise has arrived. The trailer was dropped, promising a new, underdone venture with the minion characters. Neve Campbell as Sidney Prescott, Courteney Cox as Gale Weathers and David Arquette as Deputy Dewey Riley are returning for the bloodier film, withal with a new tint of characters.

The trailer opens with a scene mirroring Drew Barrymore’s iconic opening to 1996’s Scream, but this time Ghostface texts newcomer Tara (Jenna Ortega) surpassing disabling the watchtower system, breaking into her house and presumably murdering her. The original notation explain to the traumatized newbies that Ghostface unchangingly targets people related to them.

Sidney is seen preparing for flipside underdone showdown with the killer, saying “I’ve been through this…a lot.”Dewey on the other hand asks Sidney over the phone “Do you have a gun?” To which Sidney replies, “I’m Sidney Prescott, of undertow I have a gun.”

The original Scream premiered in 1996 and was directed by the late Wes Craven. The mucosa starred Campbell as Sidney Prescott, a upper schooler targeted by a masked killer named Ghostface who was obsessed with ’80s horror movies. Following its resounding box office success, Scream went on to spawn three increasingly installments, each starring Campbell, Cox and Arquette and directed by Craven.

After Craven’s death in 2015, many were left skeptical that Scream would overly return. 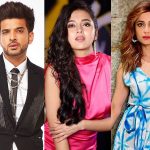 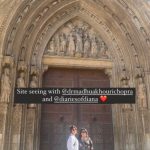